The Ashwagandha has the ability to reduce stress and anxiety in people’s daily lives. It also focuses on typical signs of anxiety including anxiousness, sweating, and sensing potential danger. According to a recent medical study, ashwagandha contains magnesium and vitamin B6, both of which aid to lower tension and anxiety.

When it comes to joint pain in particular, the Ashwagandha functions as a pain reliever and traps the pain signal before it reaches the brain system. As a result, a medical investigation found that it is very helpful for arthritis. Additionally, it aids in reducing arthritis-related swelling.

Ashwagandha consist of potential chemical compound called Withaferin A. This substance aids in eliminating cancerous cells from the human body. This study goes on to claim that this substance attempts to drain cancer cells from the body by tapping into their metabolic processes. The animal study indicates that this chemical aids in the prevention of lung, ovarian, and breast cancer.

Ashwagandha is a miracle herb for patients with heart issues. It assists in lowering both blood pressure and cholesterol levels in the human body. Some research study showed that Ashwagandha is effective in treating chest pain. When it comes to the human body, the extract from the Ashwagandha root promotes cardio respiratory endurance while also enhancing heart health.

Other Medicinal Value of Ashwagandha

Ashwagandha is known as the “King of Ayurvedic Herbs” since it has been used therapeutically for ages in the flowers, stem, root, leaves, bark, and even the entire plant. 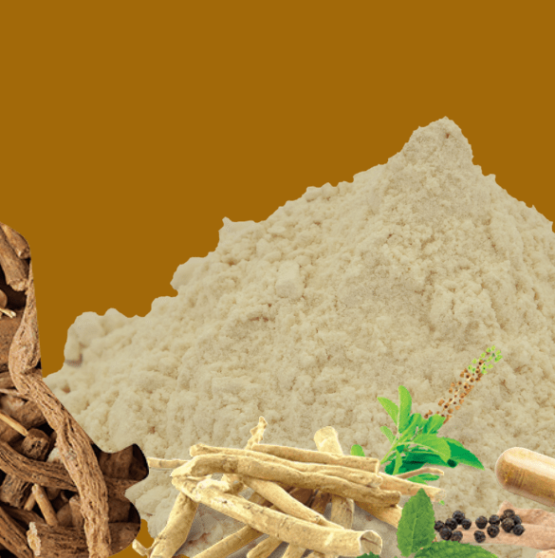 Ashwagandha, popularly known as Indian Ginseng, is one of the most well-known and widely used Ayurvedic herbs. Helpful in various functions in the body from sleep, energy, and stress relief to rejuvenation, muscle strength, and joint health, the herb is popular for a valid reason.

Due to this versatility in human health, the herb is gaining more and more popularity amongst the herbalists from all backgrounds; naturopaths, Chinese medicine, and Western herbalists, especially in America.

Here’s a synopsis of the 7 latest clinical studies on Ashwagandha and what they revealed:

Researchers at Lindenwood University’s Exercise and Performance Nutrition Laboratory[1] investigated the effects of Sensoril, a patented, aqueous extract of the roots and leaves of Ashwagandha on men.

Efficacy and safety of Ashwagandha root extract in improving memory and cognitive functions was studied in Chicago in 2017.[2]

After eight weeks of study, the Ashwagandha treatment group demonstrated significant improvements in both immediate and general memory, as measured on Wechsler Memory Scale. Further, there was greater improvement in their executive function, sustained attention, and information-processing speed as indicated by the scores on the Eriksen Flanker task.

Thus, Ashwagandha root proved to be effective in enhancing both immediate and general memory in people with MCI as well as improving executive function, attention, and information processing speed.

A study was conducted to investigate the immunologic effects of Ashwagandha on four types of immune cells in human beings.

Five participants were asked to consume 6 ml of Ashwagandha root extract twice daily for 96 hours. The root extract was given with whole milk. Their peripheral blood samples were collected at 0, 24, and 96 hours and compared for differences in cell surface expression of CD4, CD8, CD19, CD56, and CD69 receptors by flow cytometry.

Researchers observed a significant increase in the expression of CD4 on CD3+ T cells after 96 hours. CD56+ NK cells were also activated after 96 hours as evidenced by expression of the CD69 receptor. The results indicated a major change in immune cell activation in the participant’s sample.[3]

An 8-week study was conducted to evaluate the safety and efficacy of a standardised root extract of Ashwagandha through a double-blind, randomised, placebo-controlled trial. 52 subjects suffering from chronic stress received either Ashwagandha (300 mg) or placebo twice daily.

Each participant was assessed at the start, at 4 weeks, and 8 weeks. Ashwagandha demonstrated significant improvements in primary and secondary measures and was found to be safe and tolerable. This study suggests that Ashwagandha root extract can be used for body weight management in adults under chronic stress.[4]

In a double-blind, placebo-controlled study, 20 healthy males were given 500 mg of Ashwagandha root extract for fourteen days. The participants showed significant cognitive improvement in reaction-time tests, discrimination tests, and in card sorting tests, among many others. These results prove Ashwagandha’s ability to support attention, memory, focus, concentration, and responsiveness and coordination between the mind and motor functions. [5]

A trial was conducted with healthy male volunteers aged fifty to sixty-nine. All the volunteers were given purified Ashwagandha powder in the dose of 3 grams per day for one year. After a year, these males showed an increase in blood counts, improved posture, and increased hair melanin (pigmentation of the hair). [6]

In another study, healthy children were given 2 grams of powdered Ashwagandha in milk and they experienced improvements in blood counts, body weight, and hand strength.

A survey study was conducted with 218 healthy participants who were given 1200 mg of the Ashwagandha herb two times a day for one month. The participants noted 66.9% improvement in their sleep quality. This can be attributed to the decreased stress levels in the participants. [7]

[6]  Lakshmi-Chandra Mishra, Betsy Singh, and Simon Dagenais. “Scientific Basis for the Therapeutic Use of Withania somnifera (Ashwagandha): A Review.” Alternative Medicine Review. 5, no 4 (2000):334-346