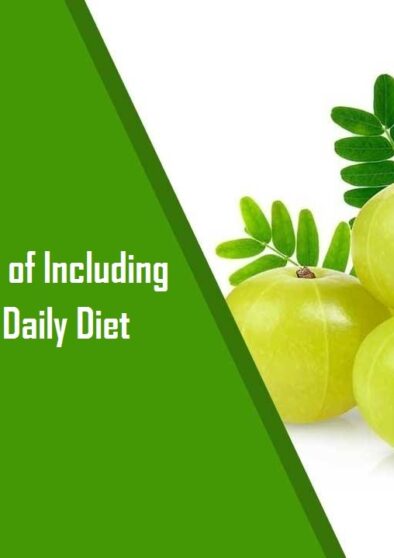 2
HEALTH ADVANTAGES OF INCLUDING AMLA FRUIT IN YOUR DAILY DIET

The Indian gooseberry, also known as Amla, is a nutrient-dense super food. It has an unusual combination of sweet, sour, pungent, and bitter flavours. The advantages of Amla fruit are numerous and it can be consumed in any form, whether juiced, or eaten raw. You can pickle it, make jam with it, or eat candied Amla. Amla is a health treasure because it is high in Vitamin C, iron, and calcium. Amla is a very special fruit full of antioxidants that are effective in reducing cell damage and free radicals that can cause disease in the body.

You may already be aware that Amla fruit is beneficial to your immune system, but it also has numerous benefits for your hair, skin, and overall health, as you will discover below. 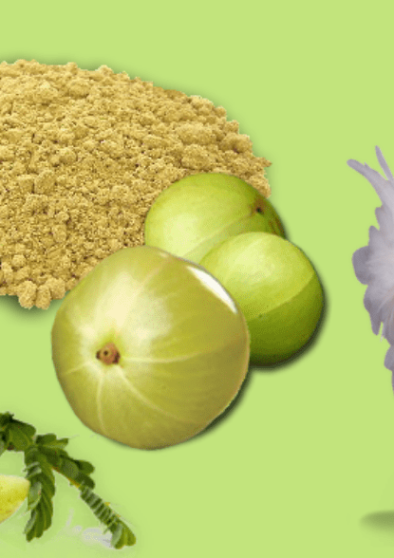 Emblica officinalis or Amla is extensively cultivated all over India. Potent with the quality of re-vitalisation, the fruits of the plant are used in Ayurveda as an anti-stress agent.

Further, the phyto-chemical analysis of Amla fruit powder reveals the presence of medicinally important bioactive compounds which can be extensively used to improve productivity in broilers.

Amla fruit is one of the richest sources of ascorbic acid, minerals, amino acids, tannins, and phenolic compounds like gallic and tannic acids. These compounds serve as the growth promoters in broiler chickens.

What are growth promoters?

Growth promoters are chemical and biological substances added to the diet with the aim to improve the growth, utilisation of nutrients and enhance the production and financial results in animal husbandry.

The positive effect of these growth promoters is expressed through better appetite, improved body weight and feed conversion ratio (FCR), stimulation of the immune system and increased vitality, etc.

But, why these growth promoters are added to the chicken’s diet?

This is because of the ban on the use of antibiotic growth promoters in poultry. Herbal preparations are being tried as feed additives as an alternative to antibiotics to increase feed efficiency and growth rate in broiler chickens.

How Amla acts as a growth promoter in broiler chickens?

This research was carried out at Institutional Animal Ethics Committee of College of Veterinary Science and Animal Husbandry, Sardarkrushinagar Dantiwada Agricultural University, Gujarat.

1351-day-old, unsexed broiler chicks (Ven-Cobb 400 strain) were purchased from a local hatchery, weighed, and randomly assigned to one of the three treatments with three replicates of 15 chicks based on a completely randomised design.

The three treatments were as follows –

They raised broilers on deep litter housing system for 6 weeks. Feed and water were provided to them throughout the experiment as per their need.

Broilers were fed in three phases as per BIS (Bureau of Indian Standards) specifications:

Chicks were individually weighed at weekly intervals along with their feed consumption and FCR (FCR=feed intake/weight gain). Mortality was recorded daily.

Based on the current market price of various particulars, the researchers calculated the feed cost-economics of broiler production in different treatment groups.

Results of the research

What can you conclude from the research?

The higher body weights observed in E. Officinalis supplemented groups can be attributed to the anabolic and antioxidant effect of ascorbic acid, gallic acid and tannic acids present in Amla.

The research results are further backed by various preclinical findings where an increase in the body weight of the birds fed with polyherbal feed premix containing Amla was observed.

The cost of the feed per kilogram of live weight production was similar among the treatment groups. However, the profit per bird was the highest in group T2 followed by group T3  and lowest in group T1. The higher net profit per bird in E. Officinalis supplemented groups can be attributed to higher body weight compared to the un-supplemented group and similar feed intakes among all the treatment groups.

Though the research results indicate that dietary addition of E. officinalis (Amla) fruit powder at the rate of 0.4% and 0.8% had higher growth rate and net profit per bird in commercial broiler chickens i.e. it shows a positive response in the present study, but further tests need to be done at different supplemental levels and in different ration compositions to get the best results.

Importance Of Amla In Herbal Industry For Humans And Veterinary Supplement 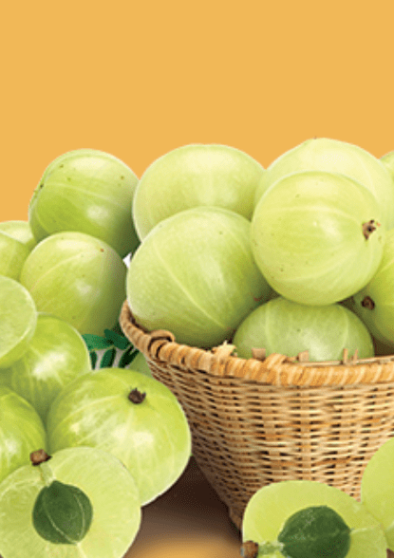 Amla is an indispensable part of the Ayurvedic and Unani medicinal systems with amazing remedial qualities. That’s why it is also called “Amalaki”, “Dhartiphala”, “Divya”, “Amrut” or “AmritPhala” in Sanskrit, which literally means the “fruit of heaven”.

The Amla fruit contains more than 80% of water. It is also a rich source of protein, carbohydrate, fiber, minerals, and gallic acid which is a potent polyphenol. The fruit contains nearly 20 times as much Vitamin C as orange juice. Amla is the most concentrated form of Vitamin C amongst the plant kingdom, and when the whole fruit is used rather than an active ingredient, the Vitamin C is easily assimilated by the human body. The Vitamin C in the Amla fruit is bound to tannins that protect it from being destroyed by heat or light.

The protein and ascorbic acid concentration in Amla are 3 times and 160 times that of an apple respectively. Besides, the fruit also contains higher concentration of most minerals and amino acids than apples. Amla fruit ash contains chromium, zinc and copper.

Benefits of Amla in Humans

Benefits of Amla in Animals

Now days, research on Indian traditional medicinal plants has gained a new momentum. Though the other systems of medicine are effective, they usually come with a number of undesired effects that often lead to serious complications.

But herbal medicines alleviate all these problems as they are natural. Amla has an important position in Ayurveda and is a gift of nature to the mankind. Due to its strong antioxidant and biological properties, preventing innumerable health disorders, and a rich source of essential nutrients and highest amount of vitamin C, it can be used as a possible food additive or in nutraceuticals and biopharmaceutical industries.

Even though Amla has been used since ages for its various therapeutic effects, there is still an immense necessity to scientifically explore and evident its medicinal values at the molecular level with the help of the latest techniques.